Major Victor Apodaca graduated in the third class of the United States Air Force Academy in 1961. Six years after graduation he was shot down over North Vietnam, and listed as POW/MIA. It took 34 years for answers, but his remains were found and finally identified. His classmates arranged for his homecoming to be held at their 40th reunion at the Air Force Academy in the fall of 2001. As I was escorting my father’s remains home from the Central Identification Laboratory in Hawaii, our plane was forced to land in Minneapolis; terrorists had attacked our nation… it was Sep 11, 2001.

I remember staring out the window of the airport, trying to figure out how to get to the Air Force Academy when I saw these large green tails of C-130s lined up on the other side of the flight line. I called back to the Air Force Academy and that ignited a monumental effort that traversed the chain of command back to the Pentagon. Early the next morning I received a call to be on the flight line at 7 a.m. We were bringing my father home. From the Airman’s creed - “I will never leave an airman behind”. 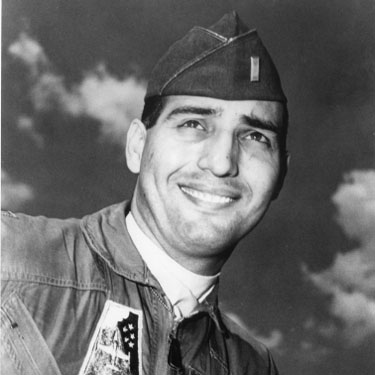