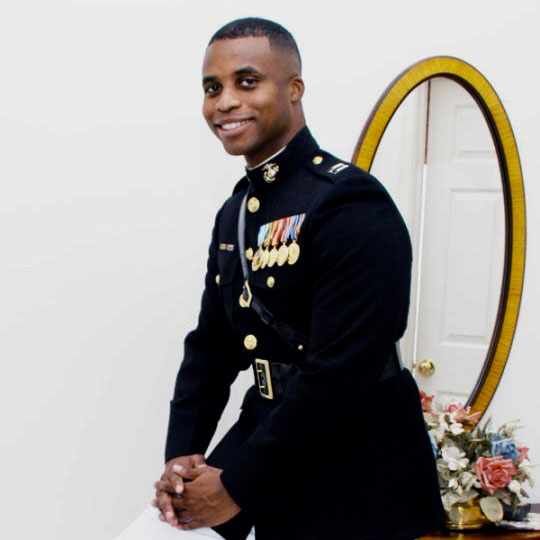 Marine Captain Jesse Melton III of Randallstown,Maryland was assigned to HQ, 12th Marines, 3rd Marine Division, III Marine Expeditionary Force, Okinawa, Japan. Captain Melton III was killed in action while supporting combat operations in Afghanistan during the Operation Enduring Freedom campaign when the Humvee that he was riding in rode over an improvised explosive device.

He enlisted in the Marine Corps Reserve after his first year at Messiah College achieving the rank of Corporal. Jesse attended Officer Candidate School and received his commission as a 2nd Lieutenant after graduating in June 2000 and later achieved the rank of Captain. He strongly believed to be a good Officer you must lead by example. He stated, “I want the Marines on my team to follow me out of admiration, not obligation.” Prior to his deployment to Afghanistan, he told his mother Janice Chance “ I Want To Go Change the World, Make a Difference that will bring God Glory.”He received thirteen military service awards,medals and commendations throughout his career. CPT Melton was posthumously awarded the Purple Heart, Bronze Star Medal with a combat “v” for valor, Joint Service Commendation Medal, Combat Action Ribbon and the NATO International Security Assistance Force –Afghanistan